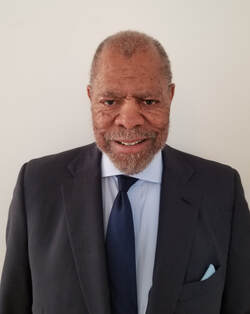 Dr. Kenneth Olden recently retired from the U.S. Environmental Protection Agency where he served as Director of the National Center for Environmental Assessment from 2012-2016. He leaves a strong legacy of promoting excellence in environmental health research and chemical risk assessment. Ken started his distinguished career in medical research as a postdoctoral fellow from 1970-1974 in physiology and biochemistry at the Harvard School of Medicine in Boston, MA. He then moved to the National Cancer Institute of the National Institutes of Health as a Senior Staff Fellow in the Laboratory of Molecular Biology. In 1977, Ken was promoted to the Rank of Tenured Independent Investigator; becoming the first African American to achieve such a rank in the National Institutes of Health. In 1979, Dr. Olden was appointed Professor in the Department of Oncology and Scientific Director of the Howard University Cancer Center at the Howard University Hospital in Washington, DC. Six years later (1985), he was promoted to the position of Director of the Cancer Center and Chair of the Department of Oncology.

From 1991-2005, Ken served as Director of the National Institute of Environmental Health Sciences (NIEHS), in the National Institute of Health (NIH), and the National Toxicology Program (NTP) in the U.S. Department of Health and Human Services. He made history in this role as the first African American to direct one of the Institutes in the National Institutes of Health. In 2005, Ken resigned as Director of NIEHS and NTP to spend more time directing the institute's  research program in cancer metastasis in the Molecular Carcinogenesis Laboratory. Ken took a leave of absence from the NIH to spend the 2006-2007 academic year at the Harvard School of Public Health as the Yerby Visiting Professor. From 2008-2012, Ken served as Founding Dean of the School of Public Health at the City University of New York (CUNY). In this capacity, he integrated four existing programs in the CUNY system to create a system-wide School of Public Health, recruited new faculty and staff, got the school a five year accreditation, and transitioned the school to a new campus in East Harlem.

Ken has published extensively (220 papers) in peer-reviewed literature, chaired or co-chaired numerous national and international meetings, and has been an invited speaker at more than 250 symposia. Ken has been the recipient of a long list of honors and awards including the Presidential (William J. Clinton) Distinguished Executive Rank Award; the Presidential ( William J. Clinton) Meritorious Rank Award; the Toxicology Forum Distinguished Fellow Award; the HHS Secretary’s Distinguished Service  Award; the American College of Toxicology Distinguished Service Award; the City of Medicine Award in 1996,  and the National Minority  Health Leadership award. He is also the recipient of the three most distinguished awards in public health: the Calvert award (2002); the Sedgwick Medal (2004), and the Julius B. Richmond Award (2005). In 2012, he received the Cato T. Laurencin Lifetime Research Award from the National Medical Association. In 2015, Dr. Olden was awarded the Sackler Prize by ‘Research America’ in recognition for sustained leadership in prompting Community-Based Participatory Research.